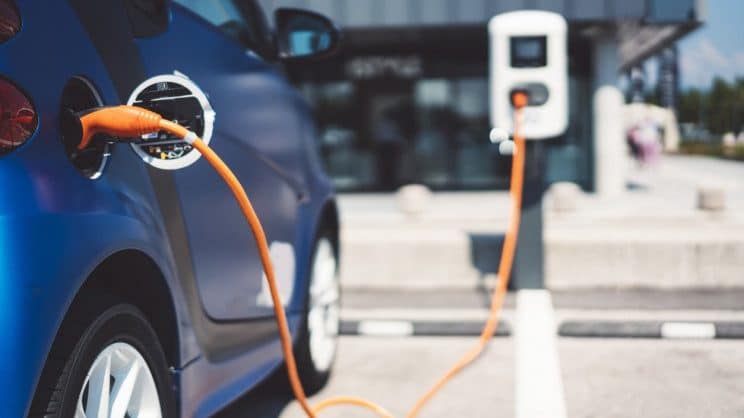 Brought to you by AAEP

Electric Vehicles (EVs) have well and truly arrived in South Africa. Since the launch of the Nissan LEAF in 2013 the country has taken significant steps towards electrifying its transport system

The incentives to go green when it comes to cars are abundant and clear, with the most obvious being their carbon savings. EVs are calculated to have approximately half the carbon footprint of an equivalent petrol-powered vehicle.

Yet barriers still remain that slow the adoption of smart transport in the country – such as lack of awareness, infrastructure and affordability. These barriers can be overcome by direct actions from opening up access to funding, to collaborating with existing transport networks.

These are our six steps to bringing cleaner, smarter transport to bring South Africa:

Policy structure is at the forefront of major national change. That’s why introducing a quota milestone restricted policy for EVs is a smart first step toward jump-starting the electrification of South Africa’s vehicles. Setting national targets that are milestone and timeframe based ensures a base rate of adoption, especially when paired with financial incentives.

The quotas would be established to enforce caps for import rates, permissible number of new car sales per quarter or per (a certain number) years, energy grid offloading cap, profit margins for energy resale, rebates and incentives caps.

The quotas can unlock economic opportunities through local manufacturing and the potential to export trade, as the minimal progress which the country has made regarding the adoption of EVs necessitates a certain level of industry productivity. This is not just for the manufacture/import or cars themselves, but for the infrastructure needed to support them – primarily charging stations.

One of the main barriers to the adoption of EVs is the price tag, which is yet to become truly competitive with petrol powered vehicles. Sea freight, Import duties, value added tax and ad valorem tax costs account for almost 40% of the selling price of price of a new car with an average price of between R200 000 and R900 000. That’s not small change.

Inevitably, automobile manufactures pass the cost to consumers, inflating the price of EVs and making them less accessible to the mass market. A Tax relief paid back to manufacturers over the lifespan and use of the car would suppress this increase in cost, making EVs more affordable as an option for more South Africans.

Although electrifying South Africa’s transport grid is a costly process, developing a preferential funding scheme will ensure that the injection of capital into the sector is more sustainable. This means creating and coordinating access to financial resources to support the implementation of smart mobility measures. The ability to access finance from early investors will deliver a boost to the EV market as initial investment is often where new technology developments stall.

This may mean that a green financier might have to charge interest –on EV credit sales- below prime and introduce a payback period that stretches over the life cycle of the vehicle to plunge the monthly premium.

Repurposing existing structures, such as rooftops can smooth the transition of integration for smart transport. It’s a cost-effective way to turn existing spaces into EV-friendly platforms.

By placing rooftop PV Solar panels on canvas rooftops across South Africa, energy can be both collected and stored for the Battery Energy Storage System (BESS) and used as EV charging points.

This innovative approach has been a successful way of integrating green energy into cities in countries all over the world. An impressive example is Singapore’s famous Zero Energy Building retrofit which boasts an array of solar panels of 1,300 sq metres- almost half a football field – covering the roof of the South Asian city state building.

We can do more and go further, faster, together That’s why collaboration is a key part of electrifying South Africa’s transport.

Such a system would serve two purposes. Firstly, it would act as a contingency power source for the proposed car-charging service on site for motorist-rail users. Secondly, it would help to minimise operational costs incurred through powering of Gautrain stations –administrative electronics, ticket stations, lighting creating a mutually beneficial energy supply.

The train’s Park and Ride service, which links Johannesburg, Pretoria, Ekurhuleni and O. R. Tambo International Airport is used by over 70% of South Africa’s general motorist population. By installing EV charging points at these stations a huge section of the market would be granted accessible, integrated charging. This could even be integrated into the existing payment system operated by Gautrain users, to further streamline the commute for EV users.

6. Put South Africa on the map as an EV-friendly destination through our Electric Vehicle Road Trip South Africa

This October sees the launch of the biggest emobility event of its kind in the country, our unique Electric Vehicle Road Trip, hitting the streets of South Africa.

The road trip is not only a chance to showcase the power and potential of EVs, it’s also an opportunity to scale up infrastructure and champion South Africa as an EV-friendly destination. During the road trip, with help from our partners, we will be installing approximately 30 new charging points across the country.

Through attracting the attention of EV enthusiasts and adventurers around the globe, we can also attract further investment and quicken the rate of installation of infrastructure as well as raise the profile of EVs across the country.

For more information about EVRT Africa, including tickets and sponsorship opportunities click here.