London’s Electric Revolution gets a Boost from Zipcar 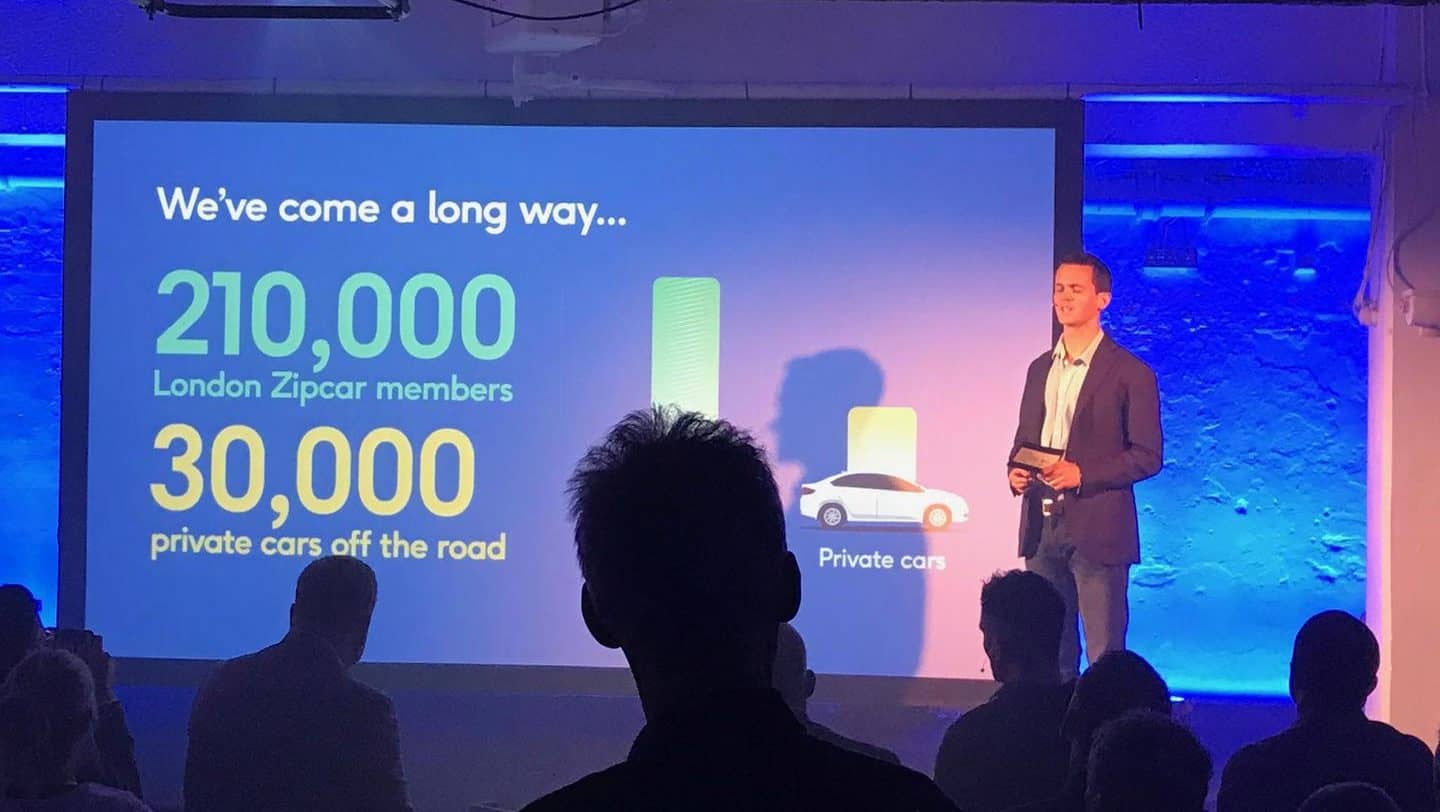 The smart mobility movers and shakers were out in force last night as Zipcar UK throws a celebration event in London's Soho. I caught up with some familiar faces as well as meeting a few key people helping to shape our mobility future.

This evening I attended a cool and very underground launch event for a product that I have personally been waiting for for a long time! It was hosted in a basement of 51 Poland St. which was accessible only through Phonica Music Store, a record store that looks like it’s come straight out of the 90s. We were gathered to celebrate Zipcar’s introduction of electric vehicles to their car sharing fleet in London. Yes that’s right, the company that we all know and love for changing the world and the way we view car ownership has made the much needed move to offer electric vehicles.

Tonight Zipcar celebrated the introduction of 325 full electric vehicles as part of the new Zipcar Flex Fleet which is now available in 10 London boroughs. Westminster became the 10th Borough to welcome the service and I hope that the remaining 22 London Boroughs join soon. I say this as I believe there is a place for a well operated ‘free floating’ fully electric car sharing service in London, which will help to reduce carbon emissions, pollution, and congestion. Furthermore, the 325 electric vehicles have the potential to increase demand, and therefore hopefully supply, of electric vehicle charging stations which will help bolster infrastructure as the capital embarks on its electric revolution.

I’ve been an E-Car Club member for a while now so using 100% electric vehicle car sharing is nothing new to me, but the significance of a company as big as Zipcar rolling out EV is huge. It will have a rippling effect throughout the industry and I’m sure that the other car sharing companies will be quick to announce the introduction of more electric vehicles soon.

The introduction of the EV fleet increases the amount of ‘public transport’ options that are running on electricity. These modes of mobility include the new electric LEVC Black Cabs which are increasingly being spotted on the roads of London, the fleet of electric busses which were recently introduced by TFL, and then of course the range of taxi drivers who have already opted for EV.

The event attracted a variety of the country’s movers and shakers making things happen in the smart mobility and electric vehicle space. I had the pleasure of meeting Lukas Neckermann as I arrived, which bizarrely was in the Phonica Music Store above the launch venue. It was the first time that we had met and I informed him I was planning to buy his book ‘Smart Cities, Smart Mobility, Transforming The Way We Live and Work’.To my surprise and absolute joy, he told me not to worry about buying the book as I could have the one in his backpack. He even signed it for me which was a cherry on the cake! I also caught up with the main man Mr. Robert Llewellyn from the Fully Charged Show who was hosting the event, Charlie Jardine the founder of EO Charging, Joe Seal-Driver one of the main contributors to the UK’s sharing economy, and Tom Callow Director of Communication and Strategy at BP’s recently acquired Chargemaster. This was only a handful of movers and shakers I managed to speak with from around 100 that attended.

On show were three of the VW e-GOLF electric vehicles which will join the other 322 vehicles as part of the Zipcar Flex fleet in London.

During the event Robert Llewellyn hosted a panel consisting of:

Michael Hurwitz closed the panel by inviting government and industry to work together to unlock the number of benefits that are possible with a transition to electric vehicles – cleaner mobility options, an opportunity to contribute to the balancing of the grid, and creating the right environment for increased renewables to come on line.